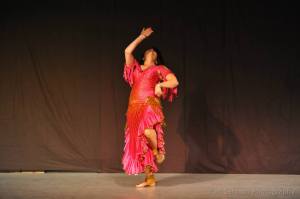 However you spell it , it is considered by many to be the heart and soul of Egyptian or Arabic music, a perfect buildup of anticipation to a climatic drum solo or a segue into another folkloric song. It’s a “Must Know” for any serious student of Middle Eastern Dance or music.

It can refer to My country, a rhythm, structure, a style of dance, a style of dancer, a class of peoples, or a section of a traditional 5-7 part cabaret style show in which it is danced usually right before drum solo.

There are progressions that can be categorized as Tet ( which Sahra Saida categorizes as “male” in origin and most likely originating in the Said region of Egypt and further exemplified in Amina Goodyear’s recollection of early lessons with Fatima Akef in the 70’s) where toe touches, taps and saidi like adornments of the accents flavors the progression. It is also characterized by the org (organ in modern times or /accordion way back) creates an accent in the music that begs for movement and in opposition to the common musicality rule of late..down on the down beat which I first heard taught in the 80’s by drummer Souhail Caspar.

There are progressions that can be categorized as Baladi Awad (Woman’s Style, again thanks to Sahra) which have a different feel, that can be easily be felt in comparison to the Tet. Which I won’t try to explain with words as you’ll need to feel both of them to understand!

There are older folk songs like the ones listed below that have the elements of beledy and have been historically part of the 5-7 Egyptian Style Routine, mentioned earlier. You could easily count on any musician from the region and age..lol to to know these. I laugh because the whole “routine” of any evening of entertainment with a dancer is no longer happening as the norm, but an exception in the US and many musicians are younger and may not have played music when this genre was popular, included in the dancers show and almost without exception a played in Arabic nightclubs.

Taksim or Awwady
you may also see it spelled Taksim, Taxsim, Taxim, or Takasim. It is an Arabic word which means “division”, and refers to the section of music where a specific instrument is playing a solo. The Arabic taqsim is improvised—in a restricted sense—according to traditional patterns, and is almost never played in the same way twice. Musically speaking, any solo instrument improvising in the Arabic taqsim structure is playing a taqsim, including the drum taqsim that dancers usually call the drum solo.
Sekkat Transition
Melodic with drum accents
Me-Atta
In traditional Arabic music, this refers to the question-and-answer that goes back and forth between a melody instrument and a drummer.
Medium Maksoum into
Fast Maksoum Sahra says her musicians called it saeria, RanyRenee  calls it ingerara, mine called it fuss(fast) and may go into Fellahi.
Can end with  a drum solo, or slows down and merges into another song.

Hayatim ya hassan a ghouli

Our little class study of a progression

Pure Improv at a wedding